Sanjay Beri is the CEO of Netskope, the cloud app analytics and policy company. Beri brings nearly two decades of innovation, experience and success in networking and security technology. Prior to Netskope, he was the GM of the Juniper Networks secure access business unit. Before that, he co-founded Ingrian Networks, which was acquired by SafeNet. He also has held a variety of key roles at Microsoft, McAfee and Newbridge Networks (Alcatel). He holds numerous patents in the areas of networking and Internet security and has a B.Sc. in Computer Engineering from the University of Waterloo, a Masters in Electrical Engineering from Stanford University and an M.B.A. from UC Berkeley. 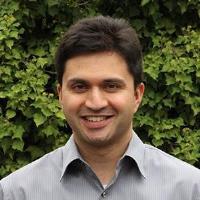