Hale is an independent director for Cars.com (CARS) and has served on the boards of Intralinks Directors for ReachLocal.

He was Chief Product Officer of Linden Lab, the company that operates Second Life, from 2008 to 2010.

He was previously the General Manager of the Knowledge Worker Business at Adobe Systems. He served in various management positions at Macromedia, now owned by Adobe. After leaving Adobe he joined Redpoint Ventures as an Entrepreneur-In-Residence. 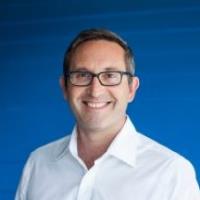