Shan Sinha is the CEO and Co-Founder of Highfive. He co-founded Highfive with the vision of making every conversation at work face-to-face. Prior to Highfive, Shan was the Group Product Manager for Google Apps for Enterprise. Shan joined Google via acquisition in 2010 after Google bought his collaboration company, DocVerse, which later became part of Google Drive. Shan founded DocVerse in 2007 after leaving his role as Product Manager for Microsoft SharePoint and SQL Server. Shan graduated from MIT with a Masters and Bachelors in Computer Science, where he conducted research in network systems and performance. Highfive is Shan's fourth startup company. 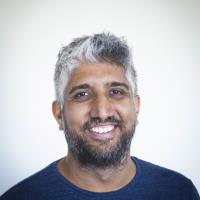