Full Name
Ms Yvonne Wassenaar
Job Title
CEO
Company
Airware
Speaker Bio
Yvonne a recognized thought leader in how to maintain relevance in a rapidly changing world. With many people concerned with how modern technology will be used, Yvonne is championing its use to drive a safer, more efficient & innovative planet.

Currently Yvonne is CEO of Airware. Her current focus is on digitizing the physical world with drones to allow industries such as mining and commercial insurance to benefit from modern day technologies including cloud, machine learning, and artificial intelligence.

Previously Yvonne served as CIO of New Relic where she was part of the executive team that took the company public. She served as a top executive at VMware where she led key initiatives to scale the company from $2B - $6B. Yvonne began her career at Accenture where she joined as a software engineer and held a variety of leadership roles over 17 years.

Yvonne serves on the board of directors for Forrester (FORR), MuleSoft (MULE), Harvey Mudd College, and the Athena Alliance. Yvonne previously served on the BoD of Bitium (acquired by Google). 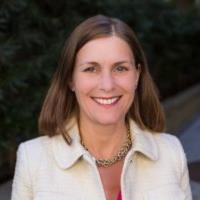