Full Name
Stephanie Schatz
Job Title
SVP Sales and Customer Success
Company
Xamarin
Speaker Bio
Stephanie Schatz has spent more than 15 years in sales, marketing, business development, operations and general management, with specific focus on enterprise software. She has been involved in 3 startup success stories and after one acquisition stayed on to manage operations for a $380M, 220 salesperson business as part of a public company.

She joined her latest startup - Xamarin Inc. - in 2012 after a year of traveling around the world as their first non-engineering hire, and built the sales organization from 0 to 100 sales people, with almost $50M in run rate sales; she started out with a high-velocity inside sales model, and over time added a mid-market, a hybrid enterprise as well as a traditional field enterprise team as well as a partner and channel sales team. Xamarin was acquired by Microsoft in March of 2016, and Stephanie now holds a General Manager role as part of Microsoft where she is responsible for the global strategy and go-to-market for Application Development.

Stephanie has lived and worked in several countries (Germany, France, Italy, Spain and Paraguay), is fluent in five languages and has an MBA in International Business.

When she is not working Stephanie loves to travel, is passionate about photography, horses and dance and most importantly loves spending time with her 1-year old daughter. 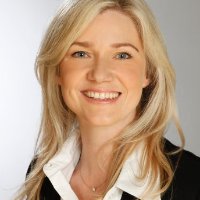