Prior to GGV, Glenn was a General Partner with Partech International, where he led successful investments in Broadbase Software (acquired by Kana), Datacenter Technologies (acquired by Veritas/Symantec), Digital Island (acquired by Cable & Wireless), Pentasafe (acquired by NetIQ) and Vignette (NASDAQ:VIGN/ acquired by Open Text). Earlier in his career, Glenn worked with Goldman Sachs and also with SPO Partners, a San Francisco-based private investment partnership. Glenn graduated from Stanford University, where he started on three NCAA championship tennis teams, and also earned an M.B.A from Stanford where he was an Arjay Miller Scholar. He co-founded and remains active with The Spotlight Foundation, a non-profit organization dedicated to funding social entrepreneurs focused on education.

Check out Glenn's blog (goinglongblog.com) where he discusses the intersection of technology and finance, follow @GlennSolomon, or check out his profile LinkedIn. 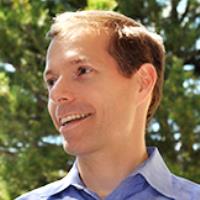