Jason Katz joined Pixar Animation Studios in 1994. He began his Pixar career as a storyboard artist on “Toy Story” and continued in the same role on “A Bug’s Life,” for which he also did some additional character design. Katz continued as a storyboard artist on a number of Pixar’s feature films including “Toy Story 2” and “Monsters, Inc.” and served as a co-story supervisor for the Academy Award®-winning features “Finding Nemo” and “Ratatouille.”

Raised in Torrance, California, Katz learned to draw from his grandmother. Together, they watched animated television shows and sketched the characters they saw onscreen. His grandmother’s strong influence peaked Katz’s interest in art, popular culture and classic films.

Katz attended the California Institute of the Arts (CalArts) where he studied character animation. Inspired by artists such as Bill Peet, Marc Davis and Joe Ranft, Katz pursued a career as a storyboard artist upon graduation. He worked for Turner Pictures, storyboarding on the animated feature “Cats Don’t Dance.” 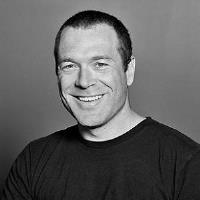